Building the Next Era of Solar in Space

The past decade has seen solar power boom in popularity here on Earth. In the decade ahead we can expect a boom in space activity that’s currently well underway to pick up momentum fast. So, all can recognize the growth of solar and space technology—but far fewer presently know where they’re set to converge. The fact is not only will their convergence deliver immense benefits out in space, but also on Earth too.

Solar Space Technologies [SST] is at the forefront of pioneering such bold plans. Led by Australian Serdar Barcan and American John C. Mankins, SST aspires to see a solar-power-generated satellite network in operation by 2027 that would draw solar power from the sun while in orbit, then beam it back for use on the earth. There’s no question the plan is audacious, but then again by their very nature, all space-based ventures are. That’s why any solar enthusiast should know all about SST’s plan in-depth, and others like it.

Why This Decade Is Different

At the outset, it’s necessary to acknowledge—even though it’s been over half a century since Neil Armstrong first set foot on the moon—that human beings very much remain in the earliest stages of space exploration, and the construction of goods in it accordingly. As a result, any ventures that aspire to not only make a contribution to this field—but also take "one giant leap" in doing so—of course have to reckon with immense logistical challenges. Accordingly, it’s understandable many readers may well wonder if the potential identified for immense progress in space exploration and space development during this decade will really come to pass.

Nonetheless, the reality is a number of nations alongside many private companies—most notably the likes of the Elon Musk-led SpaceX—are interweaving bold ambitions with serious plans for great gains to be made within the next few years. Even someone with grave doubts about the potential for such success would have to acknowledge there is an immensity of momentum and money being injected into this new era. For those who are more enthusiastic—or at least taking up the middle ground—in their assessment of the next few years, it’s fair to say that given there’s such momentum and money behind this next chapter of space activity, the odds of it becoming all it promises to be are significant indeed.

NASA has made plans public to dispatch a crewed visit to the moon by 2024. This while the SpaceX team is seeking to "go one better" and have a crewed mission to Mars take off as early as 2024. Meanwhile, Virgin Galactic's Richard Branson, and Blue Origin’s founder (and more famously, Amazon’s founder) Jeff Bezos, are seeking to make space tourism a reality with their companies. It’s undoubtedly exciting to know human beings will be pushing the envelope on space exploration during the 2020s, but ultimately for solar enthusiasts the great advances that can be expected as a result of solar technology being utilized in the skies above—and for the earth’s benefit—is also thrilling.

The Particulars of SST’s Plan

SST’s SPS-ALPHA (Solar-Powered Satellite by Means of Arbitrarily Large Phased Array) platforms are projected to deliver up to 2.1GW each. The target is to provide a levelized cost of electricity of ($US) 5 cents per kilowatt-hour over a 30-year nominal lifetime. SST holds their technology will produce electricity a remarkable 99.8% of the time. This while creating a number of new manufacturing jobs on the earth.

For a venture that is inherently sophisticated, the mechanics of SST’s solar installation can be explained very simply. The process begins with an SPS-ALPHA drawing energy from the sun. Then, via a microwave energy transfer process, this energy makes its way to a ground-based station here on the ground. Thereafter, with the use of existing infrastructure, this solar power can be provided to homes and businesses.

A Practical Plan With Long-Term Potential

For Mr. Baycan and Mr. Mankins, they contend their bold dreams for SST are underpinned by strong foundations.

“Solar Space Technology’s plan for space solar power is imminently practical because it draws on the best practices of modern engineering development and employs technologies that have already been proven in the laboratory,” said Mr. Baycan and Mr. Mankins in a joint statement to Solar Magazine.

In looking ahead, both also identify the potential of the technology that SST is seeking to use to be a source of support for the next chapter of space activity.

“Future space exploration and development will increasingly depend upon the availability of affordable and abundant energy. The state-of-the-art today—power on the International Space Station—costs as much as $50 per kilowatt-hour for energy.”

“Transportation, life support, computing, radiation protection, resource utilization and more will all be essential to humanity’s future in space—and all be enabled by the inexpensive, large-scale space solar power that SST plans to develop; Australia can play a crucial role in the future in space.”

The Space for Growth

Alongside SST’s plan, it’s understood the Chinese government is seeking to build a space-based solar power station. Reportedly, Beijing aims to see it in operation by 2050. Given the secrecy that can exist surrounding space-based programs, and the competition that can exist between nations, it’s plausible other nations are also currently pursuing solar-in-space initiatives, or restarting them behind closed doors. Furthermore, just as NASA in decades prior was researching solar-in-space technology—with John Mankins notably involved in this research—in 2009 news arose of Tokyo’s plans to get a Japanese solar farm into operation by 2030.

The undercurrent to this new era is not simply about the potential for competition between nations in this area, but also between the public and private sector more widely. In a number of instances, there’s the expectation that they’ll be the capacity for collaboration, with SpaceX and NASA’s recent partnering up an example of this. It’s also clear that the rise of the private space sector has generated a new interest in the field generally, which benefits both public and private entities. But this area does remain a "watch and see" surrounding how public and private will interact in the future. This is because although the ambitions for space exploration and space development may be age-old, the emergence of the private sector within it is comparatively new.

The Importance of Progress in the Air and on the Ground

It’s important to note many solar enthusiasts would contend that advances in solar technology within space shouldn’t by default be seen as a "cure all" for problems on the earth. The fact is there remains an urgent need to push towards far greater uptake of renewables here on the ground. The work of SST and any others who seek to get huge solar installations up into space is certainly commendable.

But any individual or group who would hold our capacity to get major renewable energy sources into space therefore means we can automatically ease off on the progress being made towards a green economy on the earth, would of course be failing to factor in the profound dangers that reside on this planet if a renewables transition doesn’t occur rapidly.

But there’s also no doubt that solar in space could play an important role in this regard going forward. Making a substantial contribution to our renewable energy supply on the earth, and in the years ahead also come to serve as a source for further space exploration and activity. The symbolism of ventures like SST is also immensely important.

For essentially all of human civilization's existence, the quest for space exploration has been a source of inspiration, and in more recent times an avenue to pursue cutting-edge innovation and engineering. Climate change is an existential challenge that no single nation on the earth however powerful can hope to solve on its own. With the progress of solar technology in space, there’s not only the opportunity to combat this crisis in new ways, but vividly illustrate there is a great capacity for exciting progress to be made on this planet and beyond it in solving problems when there’s a shared recognition of challenges, and a shared approach to overcoming them. 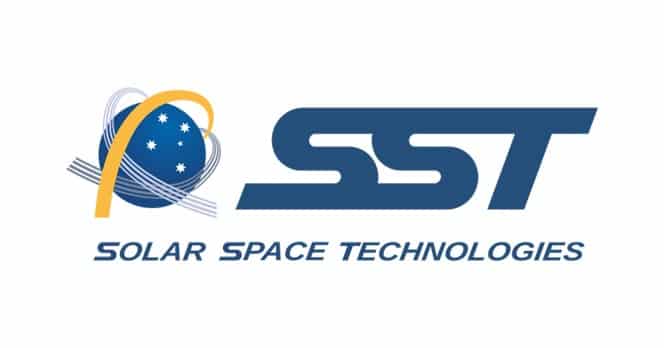