Grid power and electricity service on the Caribbean island of Bonaire has improved substantially as a result of the addition of a new, smart, battery-based energy storage system (BESS) to its hybrid wind-dual-fuel engine-based power grid .

Contour Global, the independent power producer (IPP) charged with providing safe, reliable and affordable electricity island-wide, is getting more emissions-free energy from its wind turbines by reducing the curtailment of wind power generation as a result. Overall grid reliability and resilience has been enhanced significantly, as well, all with no increase in consumers’ energy bills, offering lessons that can be applied in larger-scale environments where utilities are looking to increase grid integration of distributed renewable energy resources, according to the project partners.

Contour Global worked closely with engineering, procurement and construction (EPC) contractor Wärtsilä and its US-based Greensmith Energy subsidiary, which specializes in distributed BESS design, development and integration, to incorporate a 6-megawatt (MW) lithium-ion (Li-ion) BESS into its grid network, the capacity of which is based on 14-MW of engine-based and 11-MW of wind power generation.

“Energy demand is growing, and we were being forced to curtail wind generation in order to provide enough spinning-reserve capacity and avoid load shedding,” Narminio said in an interview. “With this new type of battery we’re able to increase wind power penetration and avoid curtailment.”

Coupled with an intelligent inverter and primary and secondary grid controls, the Wärtsilä BESS provides a buffer between wind power output and grid loads that results in much more efficient balancing of electricity supply and demand. Samsung supplied the Li-ion batteries and SMA the battery system inverters. The system’s wind turbines were supplied by Enerco, Narminio explained. 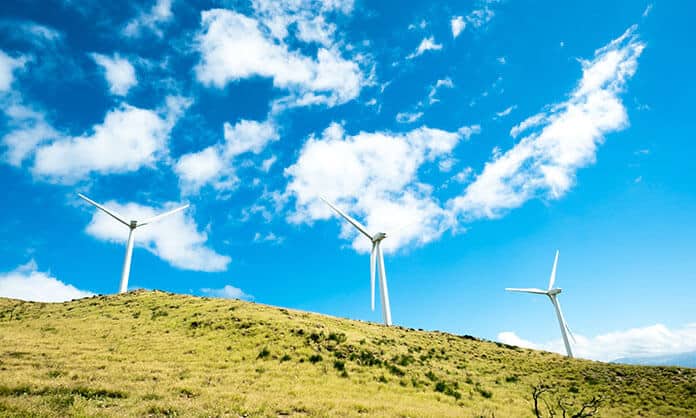 Bonaire’s electricity grid has experienced zero in the way of power outages since the lithium-ion BESS was fully integrated with the hybrid wind-dual-fuel engine grid and went live, Narminio highlighted.

GEMS enables Contour Global to monitor, analyze and forecast weather conditions, as well as renewable energy output, battery storage performance and grid load, then adjust grid assets continuously to ensure grid stability and reliability. Those capabilities are critical to achieving the lowest cost, as well as the highest reliability, power production and distribution possible, especially in cases of high renewables-to-grid integration, such as on Bonaire, Miller continued.

GEMS manages all Bonaire’s grid assets and balances them with island-wide load on continuous, rolling basis that includes optimization of energy dispatch and schedules.

Enabling a renewable energy transition in the Caribbean

An overseas territory of the Netherlands, Bonaire’s electricity market is strictly regulated by government authorities. Any type of grid investment needs their approval, Narminio explained.

“Bonaire wants to see [electricity] tariffs go down. We’re able to do that by demonstrating the ability to reduce the fuel-cost component of power generation, as well as increase the amount of renewable power capacity and increase grid efficiency,” he said.

An international owner and operator of contracted wholesale power generation businesses with shares listed on the London Stock Exchange, Contour Global owns and operates 103 power plants in 19 countries on three continents with a collective power generation capacity of some 4,830 MW, according to management.

Part and parcel of that is 75 MW of solar power generation capacity in Italy, other European and various African countries, including Rwanda, Senegal and Togo, Narminio added. Elsewhere in the Caribbean, it operates engine-based power grids on the overseas island territories of St. Martin and Guadeloupe.

Building on a longstanding partnership

It’s not the first time Contour Global has worked with Wärtsilä to build grid systems in developing or lesser developed countries. “For several years Wärtsilä has been a reliable partner of Contour Global. Both companies have successfully worked together on other power generation solutions around the world. Wärtsilä track record is outstanding. It was also important to us that Wärtsilä is capable to deliver on a fast-track schedule,” Narminio stated for a press release.

Contour Global chose Wärtsilä for the Bonaire BESS integration project based on least-cost and the ability to design and integrate a BESS customized for Bonaire’s grid, load profile and anticipated growth in energy demand, Narminio explained.

The ability to mix and match renewable energy, battery energy storage and smart grid hardware and software was another key factor in Contour Global’s choice. “We carried out a very deep analysis that included weather and soil conditions before selecting the EPC,” Narminio said.

Founded around 150 years ago in Finland as a shipbuilder, Wärtsilä came to specialize in the manufacture of flexible-fuel engines and propulsion systems for large, ocean-going vessels. Transferring its capabilities to land-based applications, management for the past 20 years or so has built an international business that specializes in the design, engineering, deployment and operation of independent power systems and grids.

Aiming to capitalize on the advent and rapid growth of digital BESS and distributed renewable power generation, the company acquired US-based Greensmith in 2017. Greensmith had emerged as a pioneer and leading provider of BESS design and systems integration with the introduction and deployment of GEMS and its BESS-based distributed energy resources management software platform in the U.S.

Loads on Bonaire peak at around 18 MW during the summer. More typically, they run between 12–15 MW, Miller explained. “They [Contour Global] were curtailing a lot of wind because the engines were needed to provide spinning reserve capacity to meet minimum loads, so they have to keep running,” Miller said.

“The addition of 6MW/6MWh of battery storage now provides spinning reserves and [grid] frequency stabilization, so now they can switch off some of their engines and avoid [wind generation] curtailment.” The percentage of emissions-free electricity generated by wind power flowing across Bonaire’s grid has increased from between 15–25% to 30% as a result, he added. 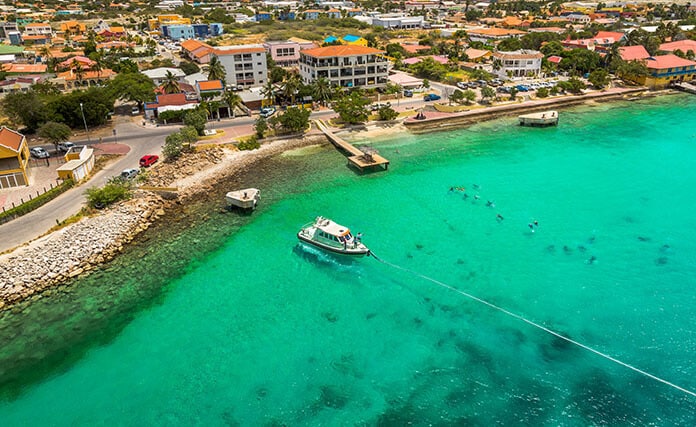 As a regulated utility, Contour Global needs to demonstrate to the regulatory authority that essentially all the assets it invests in will lower consumer rates, Miller explained. “The reason they looked to add battery storage is that they’re able to add more renewable power, and they can build a financial case and prove to regulators doing so will bring down energy costs,” he said.

Living up to its billing as a “green” island mecca

Known as a Caribbean mecca of sorts for SCUBA divers and marine life in the Caribbean, Bonaire’s government has been keen to “green” its energy mix and help stem the rising tide of greenhouse gas (GHG) emissions, global mean temperature and sea levels. Bonaire’s grid regulator has approved Contour Global’s plan to add 8 MW of solar power capacity to the island’s grid. The IPP is in the process of finalizing the EPC contract at present with an eye towards completing the project by next March or April, Narminio said.

The addition of solar power and additional battery energy storage capacity will complement and add to the benefits of wind power generation and energy storage on Bonaire, further improving grid efficiency and resilience, lowering costs and reducing GHG emissions further, Narminio pointed out.

Looking further ahead, Bonaire’s goal of going 100% renewables is ambitious but “relatively realistic,” according to Narminio. “I think it’s possible to achieve 100% renewable energy penetration, especially in the high season, from January to June, in the daytime when solar power production peaks,” he said.

“We’re seeing more and more opportunities on islands of Bonaire’s size or larger,” Narminio said. The company is also expanding in other world regions. Wärtsilä announced the signing of an EPC contract to deploy 100MW/100MWh of grid-connected BESS capacity in Southeast Asia as this article was being written.

News of a new, utility-scale Caribbean solar-plus-storage project emerged as this article was being prepared for publication. Swiss battery manufacturer Leclanché is to build a 35.6-MW, 44.2-MWh solar-plus-storage power plant on the island of St. Kitts. The system is expected to meet one-quarter of the island’s electricity demand with the emissions-free electricity to be sold to state-owned electric utility, Skelec over a 20-year term. comment↓