The continuing energy transition from fossil fuels to renewables has been one of the most important sustainability challenges of the 21st century, and solar energy, in particular, is one of the fastest-growing technologies in the United States. Solar photovoltaic (PV) systems, which use sunlight to knock electrons free from atoms to generate electricity, are the most common type of solar deployed in the U.S. today.

While the benefits of traditional forms of solar PV, such as rooftop systems, are well documented, relatively less is known about the impacts of utility-scale projects. Local stakeholders often learn about utility-scale solar projects via public hearings held by solar developers or local governments, and the unfamiliarity with solar energy can lead to hostility in the form of heated debates and even opposition movements. While some local stakeholders, such as landowners and local officials, believe that utility-scale solar projects can bring jobs and long-term economic benefits to rural communities, others have concerns that these projects can negatively impact local wildlife, land use, and nearby property values.

Studies done on the potential environmental impacts near utility-scale solar projects have similarly returned mixed results. Potential environmental impacts include alterations to soil nutrients, water stress, and biodiversity loss. However, many local landowners and solar opposition groups tend to focus on the potential impacts to wildlife. According to Regulate Ohio Solar, a solar opposition group website, large-scale solar projects can reduce populations of species from eagles and deer, to bees and other insects. Even if solar developers decide to translocate some species due to the location of the projects, the success rate of translocation and repatriation programs has been low and does not guarantee benefits for the organisms they try to protect. Though the impact on wildlife and habitat varies case by case, most solar developers now work with reviewing agencies to engage the U.S. Fish and Wildlife Service in discussions about impacts to species protected by the Endangered Species Act.

Often, agricultural land is prime for large, utility-scale projects, as the conditions for farming crops are likewise conducive for farming solar. In the Midwest, solar developers typically lease agricultural land from farmers. The largest concern here is that local economies largely supported by agriculture will suffer if the land is not used for agricultural production. Nevertheless, most U.S. counties with solar projects—over 90%—have solar PV on less than 0.5% of their total area. Dual-use projects are also an emerging possibility, where the land on which the solar projects reside are planted with vegetation that will help improve or regenerate nutrients in the soil so that the land is better able to produce once the project is decommissioned, or vegetation that will help attract pollinators or native species. There is also a concern that farmers will not be able to afford to bring their land back into production even after the solar project is decommissioned due to the regular economic fluctuations in the agricultural industry.

Utility-scale solar energy is generally understudied and misunderstood due to its rapid growth over the past decade. Particularly in recent years, the development of utility-scale solar projects in the Midwest has faced repeated backlash on its impact on land use, ecological processes, and nearby property values. Leaving these questions unanswered would only perpetuate opposition and delay the energy transition process. Thus, more research in these areas can help stakeholders (e.g., rural landowners and local officials) better comprehend the costs and benefits of utility-scale solar in their communities.

Sampson Hao: Sampson Hao is a master’s degree student in environmental science and sustainability at Loyola University Chicago.  His thesis focuses on the relationship between land/property values and utility-scale solar development.

Amelia Bergbower: Amelia Bergbower is a junior undergraduate student at Loyola University Chicago, pursuing a bachelor’s degree in engineering with an environmental specialization.  Her research focuses on role of social equity and the use of renewable energy.

Olivia Rodriguez: Olivia Rodriguez is a senior undergraduate student at the School of Environmental Sustainability at Loyola University Chicago, pursuing a bachelor’s degree in environmental science: food systems and sustainable agriculture, and a minor in ecological economics.  Her research interests include food scarcity issues for underserved populations and the energy-agriculture nexus.

Marilla Smith: Marilla Smith is a junior undergraduate student at the School of Environmental Sustainability at Loyola University Chicago, pursuing a bachelor’s degree in environmental science.  She is interested in an equitable energy transition to renewable resources, especially solar. 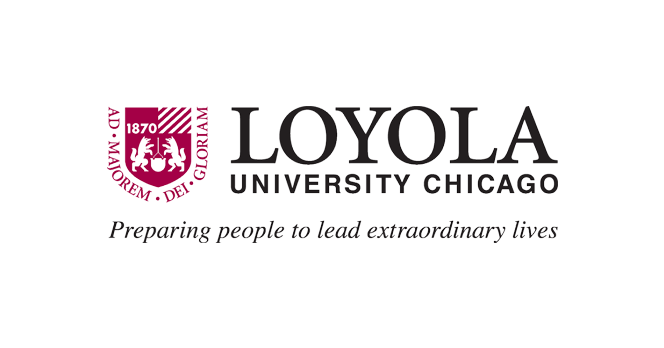