The New Pathways for Partnership for Solar and Artificial Intelligence

Solar energy is growing in public use and support every year. It’s acclaimed across the world as a source of renewable energy that’s affordable and effective. Also, as a technology, solar energy is lighting the way to a future where the planet is cleaner and greener and one where many new jobs are created from one year to the next as a result of the renewable energy revolution. While solar power is certainly outstanding, it’s not the only emerging technology that holds immense transformational promise.

It’s no overstatement to say the greater adoption of Artificial Intelligence (AI) has the potential to fundamentally transform life as we know it for this generation and forthcoming generations. Doing so in the same way the uptake of the personal computer from the 1980s onwards did for recent generations past. There’s considerable scope for solar power and AI to travel a shared path in many areas, with AI positioned to provide a number of fantastic enhancements to the solar sector in a variety of ways, and with some AI processes in fact already in use today.

A key area where solar power and AI integration offers immense promise surrounds the solar panels themselves. Even solar systems that operate in locales with a high rate of average annual sunshine can still see a significant amount of available energy not acquired each day due to a less than ideal positioning of the panels relative to the sun.

Because many solar systems have static panels that will not change position at any time, ultimately—even when a system may have a good positioning such as a southerly facing in the Northern Hemisphere and a northerly facing in the Southern Hemisphere, that would see the panels receive a higher amount of sunshine daily relative to other facings—it still means a lot of optimal exposure to sunshine is missed out on by the panels.

Yet AI can help address this shortfall by using advanced tracking to more effectively position the panels. While a well-positioned solar system can be regarded as effective overall—still producing a very beneficial amount of solar—and alternatives such as a manual tracking system do exist, once equipped with an AI tracking system, a rooftop solar system could be seen to have made the shift from being a static piece of tech to one that’s truly smart.

As well as the solar panels themselves, there are other parts of a solar system which when operating incorrectly can result in a diminished performance of the system overall. AI solutions can help identify the problems that are in need of a solution in circumstances like this.

While many solar installations can certainly output a great deal of data already, sifting through it for valuable takeaways has often not occurred ahead due to the complexity of the process. Yet, given AI provides a way to automate searches through this information, there’s scope for a more efficient identification of issues such as inverter faults. For the solar power that isn’t wasted and does find use, improvements are also afoot, enhancing how it can be deployed more effectively.

Heating, ventilation, and air conditioning (HVAC) use a great deal of power, but so often does it inefficiently. BrainBox AI offers a management system that utilizes AI to monitor and automatically adjust where necessary the HVAC of a building. The Canadian business contends their smart energy management system can decrease a building’s carbon footprint by up to 40%, and cut energy costs by 25% in 3 months.

Assessment From the Air

Unquestionably, one of the most exciting applications for AI in the solar panel sector is the integration opportunities with drones (AKA UAVs) to help surveil and maintain solar panel installations. For large-scale solar farms, which can span thousands of acres, routine inspections can be very tedious and hard if done on foot—or even in a vehicle—by any human being. But with drones integrated with AI, there’s the prospect for the time taken by, and difficulty of, such surveillance tasks—to be dramatically reduced.

As it stands, drones already find use when it comes to a variety of inspection tasks. But with AI, their utility rises to a new level. Were an AI-integrated process to achieve mass uptake, no longer will any human beings need to manually review the footage drones acquire. Instead, once the footage is fed into a program with AI processes, the AI could automatically analyze the solar panels as displayed in the drone’s footage, with an ability to identify any defects or other issues that need addressing across a solar farm. It’s feasible in the time ahead; drones with AI could also find widespread use on a smaller scale to inspect the solar installations of individual households, doing away with the need for anyone to scale a rooftop to do so.

AI an Asset to Solar Sellers

In addition to surveillance from drones, AI is also aiding the more effective utilization of satellite imagery by solar sellers. For Bolong Chew

, the co-founder and CEO of Solar AI Technologies—a Singapore-based business that “combines geospatial analysis of satellite imagery with big data and machine learning to analyze rooftop solar potential and estimate savings virtually”—his AI-driven offering provides an avenue for solar sellers to unlock immense benefits thanks to the cutting-edge tech.

“Our mission is to simplify and modernize the way rooftop solar is sold. Most salespeople in the solar industry in Southeast Asia currently resort to driving around industrial estates or scrolling across satellite imagery on Google Maps to identify big rooftops and then try to get in touch with their property owners to sell solar to”, Mr. Chew told Solar Magazine.

For Mr. Chew, the addition of AI to the industry isn’t just about the benefits new tech offers in processes—immense though they are—but also the opportunities it creates for salespeople to recalibrate their professional priorities day by day.

“One of the biggest opportunities for the industry to reduce the cost of solar and drive solar adoption is by reducing soft costs, which can often take up to 30-40% of project costs with an average sales cycle of 12 months on commercial solar projects”, Mr. Chew told Solar Magazine.

Although there’s undoubtedly tremendous potential for solar and AI to integrate in the future, it’s also necessary to note there will be hurdles ahead in the future that stakeholders will need to clear to see a more universal adoption of AI. While AI processes can be very powerful tools with a high degree of autonomy, they are of course ultimately reliant on data—and that data being useful.

In this regard, many solar businesses who sought to make use of an AI process today could find their first step isn’t the creation of a new app with a programmer, but an in-house chat with their marketers and business managers surrounding what data collection processes must be reformed.

By contrast, for many nations, the blistering pace of digital tech’s ongoing advancement means lawmakers have struggled to see regulations surrounding data sharing stay up-to-date in their minds. By no means does this suggest countries would attempt to “slam the brakes on” at any point as AI integration rapidly increases, but it does affirm some substantial speed bumps could arise along the way. Even if this doesn’t stop a mass uptake and use of AI in the solar industry, it could lead to some frustrating red tape that stifles progress, as cutting-edge technology seeks to find implementation in countries where laws are no longer contemporary. This said, there is an exception to this brakes-on scenario.

There’s the anticipation in the fullness of time that AI integration would be widely utilized for large-scale solar applications, such as overseeing and optimizing the operation of a public energy grid in various communities. Yet the hack of a Ukrainian power grid in 2015—which saw over 225,000 affected—gives a foundation to those weary of AI due to cybersecurity concerns. Although it’s understood the cyberattack was not due to AI, to those skeptical of AI, the attack was a cautionary tale that an eventual global integration of it within power grids should be pursued very cautiously, if at all.

Most likely, the integration will occur cautiously, but will indeed still occur. Yet were the events of Ukraine to be replicated elsewhere, it could undoubtedly have a chilling effect given the ever-increasing consciousness that cyber security now forms a critical part of national security and public safety.

Overall the future for solar power where there’s a broader utilization of AI is very promising. In many instances, the increased uptake of AI will be small and gradual, but ultimately become widespread just the same. Yet, between now and then, we can also anticipate a number of rollouts that really deliver a “wow factor” in terms of the great strides they enable solar to make.

True, there are challenges on the horizon when it comes to a more universal use of AI. But so too are there many already hard at work seeking to anticipate and address these challenges. Accordingly, just as it’s necessary that solar enthusiasts are rightfully mindful of what must be overcome to lead to a greater adoption of AI in the solar sector, they are also right to be optimistic about the many areas where AI is set to provide a terrific benefit in the future, just as it already doing so today in a number of ways. 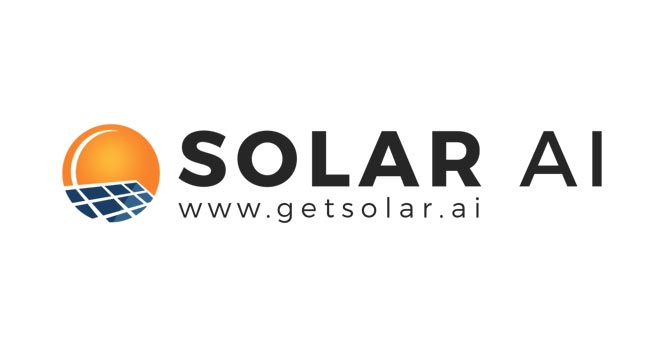