A radical climate action plan by the Irish Government, published earlier this month, includes commitments to create a mechanism for solar micro-generators to sell electricity back to the grid. This is long overdue in Ireland could create a huge increase in the proportion of photovoltaic power generated in the country.

Greenfields, ancient castles and shamrocks are what many people picture when they think of the island of Ireland. Not often imagined is the country’s tremendous over-reliance on fossil fuels and poor climate record. However, due to a new government initiative, this may soon change. Future images of Ireland’s mostly rural landscape might also feature occasional photovoltaic panels; both in solar farms as well as on private rooftops and working farms. While the Irish weather might be described as, quite often, “cloudy”, parts of Ireland still manage to receive over 351,794 Joules/cm² of solar radiation per year, according to the country’s meteorological service. This is comparable to other countries in Northern Europe with extensive solar power generation industries. While not as productive as other more southern parts of Europe this still makes solar PV electricity generation in Ireland easily viable. 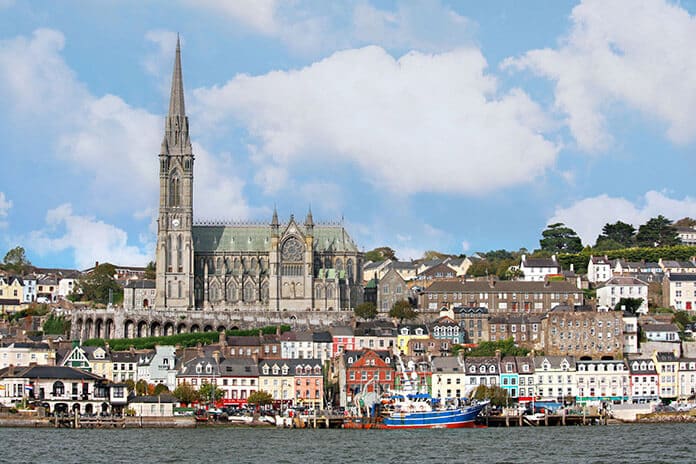 Even with a favourable solar irradiation profile, and great wind conditions for turbines, Ireland needs to up its game in terms of renewable energy as soon as possible. In spite of its green image, Ireland was recently ranked the worst country in Europe for climate action in the European Climate Change Performance Index. As a member of the European Union, Ireland is also tied to an EU wide target of 16 percent renewable energy generation by 2022. With this target in mind, the country currently generates only around 9 percent of its electricity from renewables according to the Sustainable Energy Authority of Ireland, the SEAI. By not meeting its targets, Ireland may be subject to potential penalties of up to 1 million euro per day as it will be forced by EU legislation to buy renewable energy credits from other nations with surpluses after 2020. Without drastic action, the cost of underperforming in renewable power generation is set to become a high one for Ireland’s taxpayers.

Even in terms of its own existing national climate policy, which states a goal of generating one-third of all energy from renewable sources by 2030, Ireland is also severely lagging behind where it should. The public’s discontent with their nation’s performance on this issue has been shown by the political resurgence of the (climate policy focused) Green Party, in Ireland. Huge gains in vote share during the recent European and local elections were garnered by Green Party candidates across the country. Prompted by Green politicians,  Ireland also became the second country in the world to declare a climate emergency last month.

A large part of Ireland’s existing renewable energy production has so far been sourced from onshore wind. Power generated from onshore wind farms accounted for the vast majority of the 9% share of power generation from renewables in the country last year. However, the solar energy market share is increasing rapidly. Between 2017 and 2018 the amount of electricity generated by solar power in Ireland increased three fold. Unfortunately, this is from an extremely low base and still amounts to only 0.3% of Ireland’s annual energy generation during this period. This might be about to change. If all of the solar farms which have been granted planning permission are developed as planned, the percentage of energy generated by solar could jump to 5% of all electricity generated in Ireland by 2022 according to the Irish Solar Energy Association.

Even with many solar farm developments already approved (85 have so far achieved development permission across the country), large solar projects have faced great difficulty in going from the planning to development stage so far in Ireland. Lack of clear guidelines and information combined with community opposition has led to several high profile solar farm planning objections and huge developments such as this one in County Kildare Ireland being rejected by planners.

A big part of the solution to Ireland’s energy problem could now be solar PV microgeneration. The government’s climate action plan, launched last week, contains a commitment to “change the electricity market rules in early 2020 in order to enable micro-generated electricity to be sold to the grid.” This action is also set to “include provision for a feed-in tariff for microgeneration to be set at least at the wholesale price point”.

Strong policy like this has the potential to be a game changer for solar power generation in Ireland. With a rumoured tariff of 19 cent per killowatt hour the change in policy will enable rooftop PV producers to sell their excess electricity back to the grid instead of “donating” it free of cost as is the current situation. Combined with generous current and proposed government grants for panel installation (up to 50% of the cost) on existing and new housing developments, it is hoped that this measure will spark a boom in microgeneration of power across the country. Coupled with a proposed carbon tax of over 80 euro per tonne, the actions within the new plan should help create market conditions far more favourable to renewable energy microgeneration than is currently the case.

Too Little Too Late?

This kind of plan is long overdue in Ireland. In spite of much its landmass having similar solar generation potential to other parts of northern Europe such as Germany (where solar power makes up 7% of all energy generated) and Northern France, Ireland has been extremely slow on the uptake. This deficiency has been blamed on a lack of state policy, scattered grant schemes and no political motivation for renewable energy schemes. Through the ballot box, the Irish people are clearly demanding action on further integration of renewables. With a coherent state plan now finalised and clear actions ready to be put in place, it will soon be seen whether effective measures can be brought in before stringent EU penalties and rising public discontent begin to seriously bite. comment↓